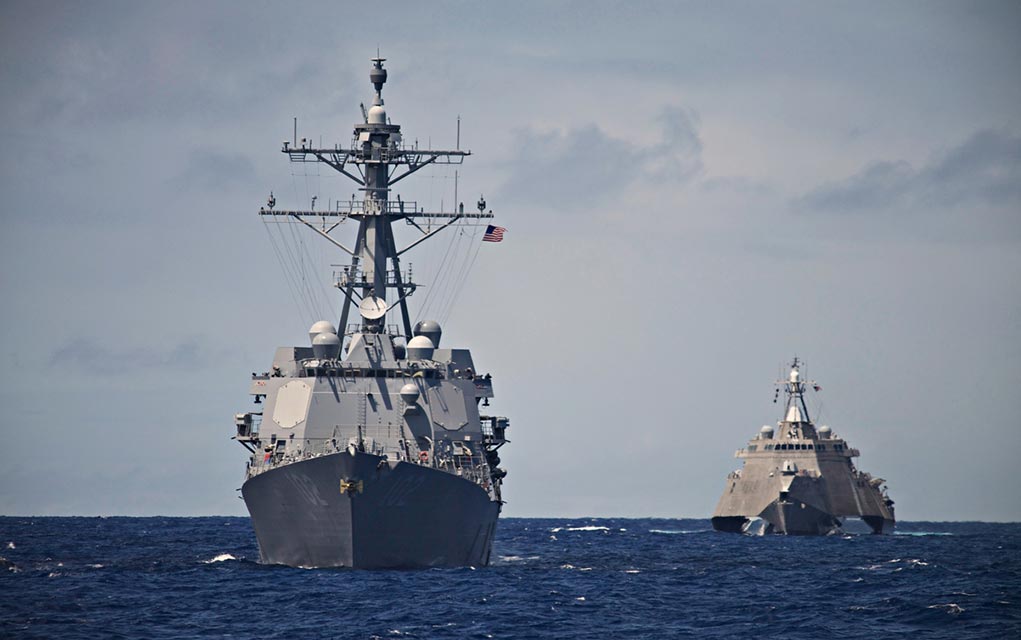 (ModernSurvival.org) – Iranian naval forces have recently been caught a little too close to US Navy ships. The Middle Eastern power is making aggressive maneuvers yet again, playing a dangerous game of chicken with our fleet. President Trump, not to be bullied, spoke out against the incident on Twitter:

I have instructed the United States Navy to shoot down and destroy any and all Iranian gunboats if they harass our ships at sea.

The Iranian boats were not in accordance with international water regulations and guidelines as they drew within 10 yards of the USS Maui’s bow. This forced US ships to take quick action in order to avoid a collision. American sailors issued audible warnings via the ships’ horn, blasting it five times, yet the Iranians did not respond. This went on for about an hour until the Iranian forces finally decided to leave the ships alone.

Iran’s armed forces acknowledged the incident, but denied claims of unsafe movements. Instead, they stated that American ships should follow international water guidelines and maritime protocol. The Iranian forces also accused the US Navy of engaging in adventurism and false stories, “reminding” them of the fact that Iran has new anti-ship missiles capable of hitting targets at up to 430 miles.

In response, the President greenlit the Navy to shoot, and sink, Iranian boats should the need arise. This powerful move is making foreign boats think twice before behaving “questionably” on international waters. Iranian forces have a historic record of pushing boundaries — the President isn’t likely to let them get away with it.