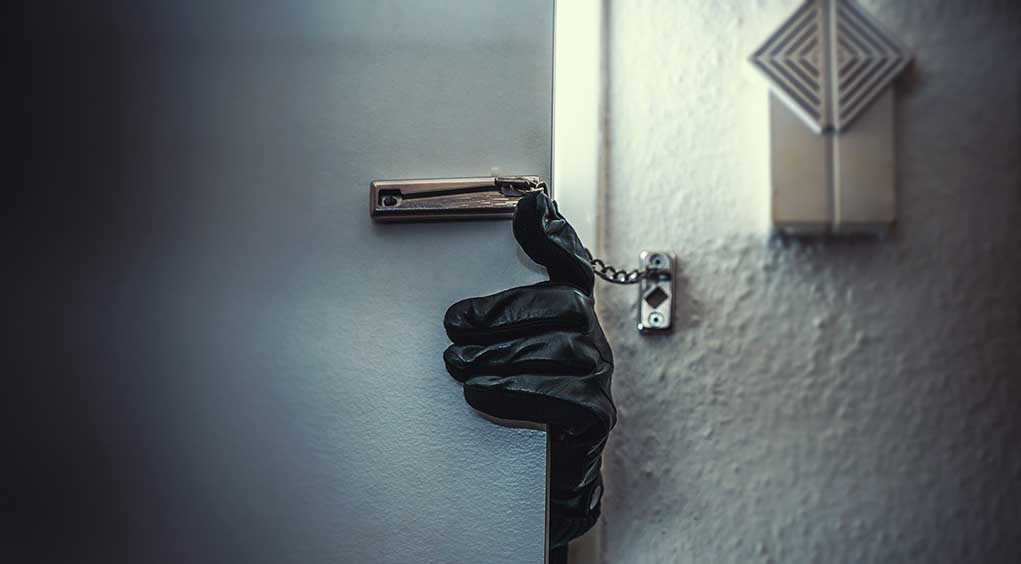 (ModernSurvival.org) – As crime continues to soar across America, the seemingly never-ending cases of violence and robbery can become disheartening. In fact, after a while, one can become so overwhelmed with these stories that they simply begin to ignore them. Unfortunately, when that happens, people tend to let their guard down.

Some people are still paying attention, though. One criminal in Virginia found out that not every American is willing to go down without a fight.

I'm not sure I would have fired a warning shot, but good job by the gun owner defending his property.

Jonah Smith made a big mistake Sunday morning. He entered a home with the intent to steal from the residents, only to be served up a life lesson: never bring a knife to a gunfight.

The 47-year-old burglar’s troubles began around 8 a.m. on Sunday when he broke into the house through an unlocked door, then refused to leave. When the situation escalated, Smith brought out a knife and attempted to attack one of the residents. Thankfully, the would-be victim was also armed.

The gunman opened fire, shooting a warning shot into the floor, at which point Smith thought better about continuing the fight. The resident then held Smith at gunpoint until the police arrived and arrested the trespasser.

Smith is currently being held without bond and faces multiple charges, including burglary with a weapon.

While the burglar was quite literally outgunned here, that isn’t always the case in home invasions. The fact is, Smith never should’ve been able to waltz right into the residence. Simply locking the door might have been enough of a deterrent to make Smith think twice about trying to break in.

With crime skyrocketing, taking preventative measures to keep one’s property and family safe is more important than ever.

Home invasions are an unfortunate reality for many people in America. In fact, the Federal Bureau of Investigation (FBI) estimates that burglaries occur across the nation every 25.7 seconds.

In the following video, former Navy SEAL Clint Emerson shares some tips on how to prepare to survive a home invasion:

According to Clint, defending the home from potential invaders begins with the four Ds: deter, detect, deny, and defend.

Survivalism begins at home, and being able to defend your home and family is of utmost importance. For some other options that can turn a home into a castle, check out our article on growing a home’s defenses.