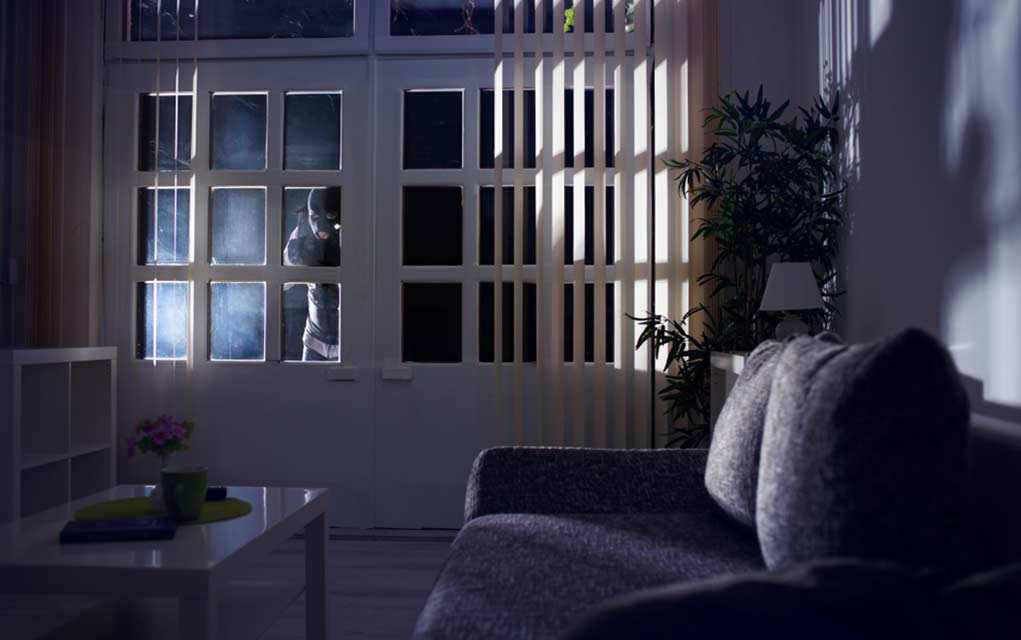 (ModernSurvival.org) – Authorities are on the hunt for a violent criminal who broke into an Oregon home and brutally attacked a married couple. Three weeks after the incident, no arrests have been made and local police are looking to social media for leads.

The couple was asleep when the invader initiated the grizzly assault, stabbing Jamilyn Juetten 19 times before murdering her husband, Travis, as he was attempting to defend her. The pair were set to leave for Hawaii the next day — their first vacation since their marriage in 2018.

Jamilyn’s wounds include a fractured shoulder, two fractured vertebrae, a skull fracture and nerve damage. The psychological trauma suffered from the loss of her husband and the attack itself cannot be measured.

Crime Stoppers of Oregon is offering a $2,500 reward for any information that leads to the killer.

The tragic loss of Travis Juetten and the vicious attack on his wife are somber reminders of why home security is vital in this day and age. Keeping intruders out isn’t just about defending against a robbery; it’s also staying safe from psychopaths looking for someone to hurt.

Important Tips and Tools for Securing Your Property

For most people, home is where the heart is. From the family that resides there to the memories made between the walls, the home is one place no one wants to be defiled by an intruder.

The best way to prevent an unwanted guest from breaking the sanctity of the home is to be prepared ahead of time. Here are some important tips for securing your property.

Start on the First Floor

Burglars will look for the path of least resistance into a home, which starts on the first floor. Potential entry points include windows and doors, such as sliding glass doors, garage doors and basement doors.

To prevent a thief from making their way through these access points, ensure they’re locked whenever the home is unoccupied. It’s also a good idea to install door and window sensors connected to an alarm system. If the sensors are tripped, the alarms will go off, alerting the neighbors (and sometimes, the police) that something is amiss.

Once the first floor has been protected, take a look at the property itself. If a criminal can’t get to the house, they can’t break into it.

One way to harden the home is to install a fence around the property, which can make a thief think twice about targeting the house. Again, burglars look for the point of least resistance. If they can’t get in and out quickly, they will choose an easier target.

Alarm systems that utilize video cameras are a great deterrent. No criminal wants to be seen while they go about their work. Most systems record the footage, which can then be turned over to law enforcement in the event of a break-in.

Modern day video surveillance systems allow the owner to view their home remotely, via their smartphone. Some even provide the option of speaking through the home security system, giving the impression a home is occupied even when it isn’t.

Let There be Light

While burglaries do occur in broad daylight, it’s important to keep the areas around the home well-lit. If a thief has to enter a highly visible area to break in, they may pass by the home. Motion sensor lights are great additions as well, because when they come on, they can alert neighbors to suspicious activity.

Keeping indoor lights on can also deter criminals, even during the day. The majority of thieves look for unoccupied houses to hit, and having lights on is a sign someone is home. Smart home systems kick this concept up a notch, as the lights can be programmed to turn off and on at regular intervals, mimicking the normal activity of a family at home.

There are several methods to improve the security of a home, including upgrading external doors to adding shatterproof tape to windows. There is one method, however, that can both transform a home into a castle and improve its curb appeal at the same time. To learn more about this, check out our article on how to “grow” your home’s defenses.